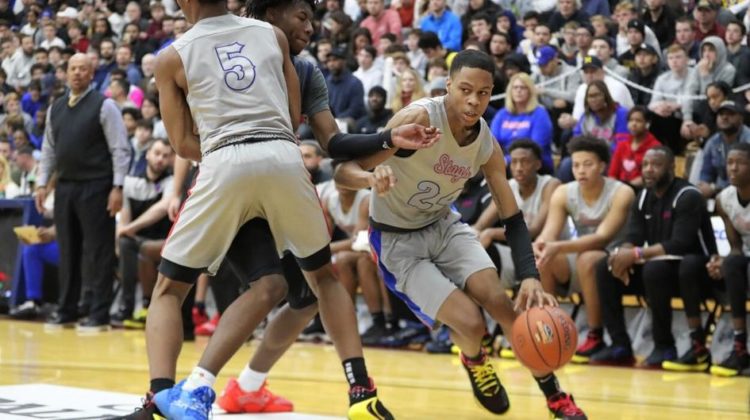 Check below for our list of 20 under-the-radar freshmen for the 21-22 college basketball season.

Jordan Hawkins, UConn: Can Hawkins be the next great wing in the Huskies’ program? Don’t rule it out of the realm of possibility. If UConn is going to have a chance to advance deep in the 2022 NCAA Tournament, there’s a good chance it will be because Hawkins produces at a high level in his first year of college basketball.

Zion Harmon, Western Kentucky: Rick Stansbury beat out several power conference programs for this floor general, who plays much bigger than his 5-10 frame. Expect Harmon to instantly become one of the top play makers in Conference-USA as the Hilltoppers continue their annual quest to get back to the NCAA Tournament.

Kobe Bufkin, Michigan: Caleb Houstan and Moussa Diabete are the crown jewels of the Wolverines’ freshman class, but it would be foolish to forget about Bufkin. The 6-4 shooting guard is an effortless scorer and consensus top-50 recruit. He’ll have a major role this season in Ann Arbor.

Rafael Pinzon, St. John’s: St. John’s is in position to win a game in the NCAA Tournament for the first time since 2000 and Pinzon could play a key role in reserve. The 6-5 freshman already has international experience and averaged an impressive 16.2 points and 4.6 rebounds this past summer at the U19 World Cup in Latvia.

Caleb Furst, Purdue: Matt Painter already has two All-Big Ten caliber big men in Trevion Williams and Zach Edey, but he may also have to find minutes for Furst up front. There’s no shortage of quality options on the baseline in West Lafayette.

Trey Kauffman-Renn, Purdue: Just like Furst, Kauffman-Renn is ready to help Purdue immediately. Don’t be shocked if this 6-9 forward winds up as an early season starter while Mason Gillis is serving a four-game suspension.

Dallan Coleman, Georgia Tech: A gifted shooter and scorer, Coleman has good size at 6-6 and should be able to gradually emerge into a terrific “program guy” for Josh Pastner. With Michael Devoe, Bubba Parham, and Mississippi State transfer Deivon Smith in position to log major minutes next season, Coleman can have a major role for the Yellow Jackets as a freshman without being counted on to have a major role. That’s a major positive.

Wilhelm Breidenbach, Nebraska: Fred Hoiberg loved using Georges Niang as a face up five-man when he was at Iowa State and Breidenbach is cut from a similar cloth. A California native, this 6-9 freshman should be an instant fan favorite at Pinnacle Bank Arena.

Mohamed Gueye, Washington State: The Cougars are a dark horse NCAA Tournament team in 2022 and Gueye is a major reason why. A four-star prospect, the 6-11 reclassified in an effort to join the Cougars for the upcoming season.

Stefan Todorovic, SMU: Several college coaches believe that the Ponies’ ability to land the 6-8 Todorovic was one of the biggest steals of the 2021 class. A lethal shooter with range, expect Todorovic to be one of the top freshmen in the American Athletic Conference during the upcoming season.

Emarion Ellis, Marquette: Retaining Ellis was a major priority for Shaka Smart when he went from Texas to Milwaukee. The 6-5 point guard has tremendous length and even better upside. He’ll instantly be a major piece to the Golden Eagles’ rebuilding puzzle.

Camryn Carter, Mississippi State: Not many programs in the SEC upgraded more via the transfer portal than Mississippi State, but that doesn’t mean that Carter won’t challenge for minutes as a freshman. This four-star shooting guard was well coached at Oak Hill Academy and can provide instant offense. He’ll push for instant playing time under Ben Howland.

Jordan Longino, Villanova: Jay Wright returns eight of his top-10 scorers from last year’s Sweet 16 team, but Longino is still a name to watch in the Wildcats’ rotation. The 6-5 freshman can play multiple positions, boasts a high basketball IQ, and has both the desire and competitiveness to be an instant contributor on the Main Line.

Jalen Warley, Florida State: Leonard Hamilton is bullish on this 6-4 point guard, who should be an impactful newcomer in Tallahassee. Armed with great size for his position, Warley should blend perfectly with Florida State’s bevy of long and talented perimeter players.

Matthew Cleveland, Florida State: A 6-6 shooting guard, Cleveland may potentially boast more long-term upside than any other player in Florida State’s program. The Seminoles have been a veteran driven program en route to three straight trips to second weekend of the NCAA Tournament, but a talent like Cleveland can only operate in the shadows for so long.

Ryan Mutombo, Georgetown: The son of former Georgetown and NBA star Dikembe Mutombo, Ryan Mutombo should have an instant opportunity to help the Hoyas in the pivot following the departure of Qudus Wahab.

Charles Bediako, Alabama: The Crimson Tide need to find a steady option at center following the losses of both Alex Reese and Jordan Bruner. The 6-11 Bediako looks like a strong early candidate thanks to his length, size, and overall physical prowess.

Jaylon Tyson, Texas: Chris Beard ripped through the transfer portal like a chainsaw through butter, but that doesn’t mean that Tyson can’t push for minutes as a true freshman. A potent scorer from different spots on the floor, the 6-6 Tyson has offense that simply doesn’t grow on trees. He initially committed to play for Beard at Texas Tech.