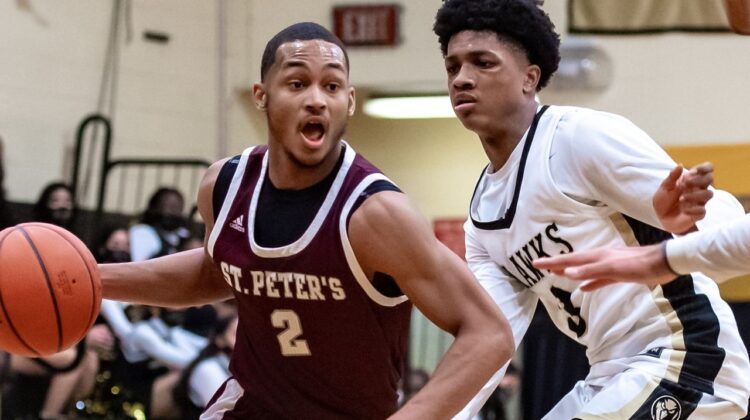 Check below for our list of 20 under-the-radar freshmen for the 2022-23 college basketball season.

Mark Armstrong, Villanova: Cam Whitmore may be the focal point of the Wildcats’ freshman class, but Armstrong is also a leading man. A menace on the ball defensively, Armstrong’s intangibles completely align with the culture of Villanova’s program. Expect him to have a major role this season in the backcourt with Justin Moore’s health in question due to an achilles injury.

Alex Karaban, UConn: Could Karaban be a starter at power forward this season for the Huskies? Don’t rule it out of the realm of possibility. Whether he starts or comes off the bench, Karaban will earn major minutes in Dan Hurley’s rotation because of his elite ability to shoot the basketball and extend the defense.

Brian Waddell, Purdue (redshirt): Another redshirt freshman for the Boilers? You better believe it. The 6-7 Waddell is coming off a knee injury, but has a great feel for the game and a tremendous overall IQ. He’ll be a fan favorite over the next few seasons in West Lafayette.

Chance Westry, Auburn: Bruce Pearl has made Auburn into a national program known for how hard it competes on each and every possession. Westry is completely aligned with that mindset. This 6-6 freshman is going to play major minutes immediately for the Tigers and could eventually push his way into the starting lineup.

Langston Love, Baylor (redshirt): A former Top-50 recruit, Love missed all of last season with a knee injury. Armed with good size and strength at 6-4, Love should have a major place in Baylor’s rotation — especially if Scott Drew opts to play with multi-guard lineups.

Dylan Andrews, UCLA: A consensus Top-50 recruit, Andrews will be initially labeled as a quality backup for Tyger Campbell; his game reflects the ability of a starter. A 6-3 point guard with tremendous speed in the open floor, Andrews will be a factor for UCLA as a freshman.

Taylor Hendricks, UCF: Deeply entrenched confidants in Orlando are bullish on the 6-9 Hendricks, who should make an immediate impact in the American Athletic Conference. This was a quality pickup for Johnny Dawkins, who beat out several power conference programs for this Fort Lauderdale native.

Ty Rodgers, Illinois: Well embedded moles in Champaign believe that Rodgers will be an indispensable piece for the Illini as a freshman. A positionless talent at 6-6, Rodgers should fit seamlessly into Brad Underwood’s plans of utilizing interchangeable pieces at all five spots on the floor during the 2022-23 season.

Desmond Claude, Xavier: Playing point guard for Sean Miller requires a certain amount of mental toughness, but Claude is up to the task. The 6-5 floor general should be a major part of Xavier’s rotation as a freshman. Don’t be shocked if Claude emerges as one of the top newcomers in the Big East.

Rodney Rice, Virginia Tech: The Hokies need a quality fourth guard to go with Sean Pedulla, Hunter Cattoor, and Darius Maddox. Rice could very well be that guy. A consensus Top-100 recruit, the 6-4 Rice is a Washington D.C. native who should aid Virginia Tech’s efforts in its quest to return to the NCAA Tournament in 2023.

Justyn Fernandez, George Mason: Kim English beat out several power conference programs for the 6-5 Fernandez, who has the ability to be an all-conference caliber player for multiple seasons in the Atlantic 10. Remember the name.

Denver Anglin, Georgetown: The Hoyas made major headlines during the offseason because of the work they did in the transfer portal, but Anglin is an underrated addition from the high school ranks. An elite shooter, Anglin will have a chance to carve out an immediate role for Georgetown thanks to his ability to put the ball in the basket.

Ven-Allen Lubin, Notre Dame: Minutes are readily available in the Irish’s frontcourt and that directly applies to Lubin. With Paul Atkinson no longer a part of Notre Dame’s baseline, don’t be shocked if the 6-8, 220 pound Lubin pushes for a starting spot as a freshman.

Felix Okpara, Ohio State: Tall, long, and active, the 6-11 Okpara instantly gives Ohio State a true rim protector in the paint. He’ll change the dynamic for the Buckeyes at center when Zed Key is out of the game.

Kolby King, St. John’s: The 6-2 King is tailor made for Mike Anderson’s high-octane system. Quick and elusive, King should immediately make an impact thanks to his potentially elite on-ball defense.

Mike Sharavjamts, Dayton: I’ll be shocked if Sharavjamts isn’t a fan favorite at UD Arena by Christmas. 6-8 and skilled, Sharavjamts is an exceptional passer with a high level IQ. He’ll have a big hand in the Flyers’ chase for an Atlantic 10 regular season title.

Baba Miller, Florida State: Leonard Hamilton didn’t expect to lose John Butler to the NBA, but replacing him with Miller isn’t a bad consolation prize. A native of Spain, Miller opted for the Seminoles over Gonzaga and at 6-11, could earn a place as a starter up front for Florida State in 2022-23.

Prince Aligbe, Boston College: Earl Grant returns four starters from last season, but Aligbe is his key newcomer. The 6-6 freshman has a strong chance to be Boston College’s starting power forward as a freshman — he’s that good.

Jayden Pierre, Providence: Ed Cooley landed a gem. The 6-1 Pierre is a true point guard who knows what he’s good at and is good at what he knows. His presence should allow Cooley to move Jared Bynum off the ball in spurts during the upcoming season.

Riley Kugel, Florida: Todd Golden is a frequent user of the transfer portal, but he landed a very good high school prospect in the 6-5 Kugel. A consensus four-star recruit, Kugel should have an opportunity to make an immediate impact for the Gators in Golden’s first season as a head coach in the SEC.