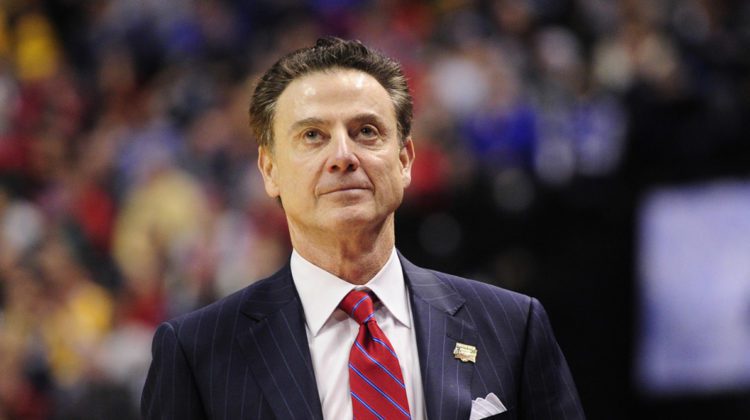 Check below for our list of 10 mid-majors to watch during the 21-22 season.

This does not include Gonzaga or teams from either the Atlantic 10 or Mountain West.

Iona: Rick Pitino’s second season in New Rochelle should be better than his first and his first ended in the NCAA Tournament. Iona added two impact transfers on the perimeter in Elijah Joiner (Tulsa) and Tyson Jolly (SMU) along with a cerebral forward in Louisville transfer Quinn Slazinski. All three have the ability to start in a high-major program. Sophomores Ryan Myers and Nelly Junior Joseph both look primed to make a significant jump while veterans Berrick JeanLouis and Dylan van Eyck should add quality depth. Iona should be significantly deeper than it was last season, which should allow Pitino to increase pressure defensively. This is the team to beat in the MAAC.

Drake: Started from the bottom now we’re here! Murphy’s Law hit the Bulldogs last season, as multiple injuries to key players limited this team’s depth in late-February and March — it didn’t stop Drake. Despite limited personnel, Darian DeVries led this program to a banner season, highlighted by a 26-5 record and an NCAA Tournament win over Wichita State. The Bulldogs will miss lead guard Joseph Yesufu, who transferred to Kansas, but Omaha transfer Ayo Akinwole (13 points) should be ready to inherit the minutes that Yesufu left behind. ShanQuan Hemphill, Roman Penn, Tremell Murphy, and D.J. Wilkins all return as double figure scorers. The expectations are high in Des Moines.

Loyola Chicago: Porter Moser is now at Oklahoma and Cameron Krutwig’s college career is over, but it would still be very foolish to bet against the Ramblers. First-year head coach Drew Valentine — who was a longtime assistant under Moser — inherits a veteran team that returns seven players — Lucas Williamson, Braden Norris, Keith Clemons, Aher Uguak, Marquise Kennedy, Tate Hall, and Tom Welch — from last year’s Sweet 16 team. Valentine also adds two transfers — Ryan Schwieger (Princeton) and Chris Knights (Dartmouth) — from the Ivy League that figure to challenge for minutes. Loyola Chicago has a legitimate chance to again be one of the top non power conference teams in college basketball.

Belmont: Every single player of significance returns from a team that finished 26-4 last season and lost in the OVC title game to Morehead State. That type of player retention is very rare in today’s college basketball landscape. Belmont’s top six scorers from a year ago — Nick Muszynksi, Luke Smith, JaCobi Wood, Grayson Murphy, Ben Sheppard, and Caleb Hollander — all averaged 9.3 points or more last season. The Bruins will play at LSU and Saint Louis early in the year and are also in an early season tournament in Orlando where they’ll face Drake in the first round. Don’t be surprised this team makes some non-conference headlines in November and December.

BYU: The Cougars are going to be expected to be an NCAA Tournament caliber team as long as Mark Pope is their head coach. Armed with a 44-15 record after two years in Provo, Pope has again assembled a strong core for BYU. Veteran guard Alex Barcello (16.1 points, 4.7 rebounds, 4.3 assists) is back for a fifth-season and is a legitimate candidate to be an All-American. He’ll be joined in the backcourt by a pair of transfers in Te’Jon Lucas (Milwaukee) and Seneca Knight (LSU) as well as long range specialist Trevin Knell and Spencer Johnson. Knight’s eligibility is currently pending an NCAA waiver. Rugged forward Caleb Lohner (seven points, 7.1 rebounds) should boast All-WCC potential up front as a sophomore. He’ll be joined by a pair of reliable veterans up front in Richard Harward and Gavin Baxter. 6-6 forward Gideon George — who had 11 points and five rebounds in the WCC Tournament title game against Gonzaga — possesses major upside. BYU again looks to be Gonzaga’s top challenger in the WCC.

UC Santa Barbara: Five of the Gauchos’ top seven scorers — Amadou Sow, Ajare Sanni, Miles Norris, Josh Pierre-Louis, and Robinson Idehen — return from last season’s team that went 22-5 and was a layup away from beating Creighton in the NCAA Tournament. UC Santa Barbara will miss do-everything guard JaQuori McLaughlin, but Joe Pasternack added a talented replacement in Georgia Southern transfer Calvin Wishart. 6-4 freshman Ajay Mitchell and Cincinnati transfer Zach Harvey — a former top-50 recruit — will also push for minutes in the backcourt. The strength of this team is its front court, as the triumvirate of Sow, Norris, and Idehen is power conference caliber.

Liberty: Ritchie McKay has averaged 25 wins over the past five years at Liberty and would have taken the Flames to three straight NCAA Tournaments had the event not been cancelled in 2020 due to COVID. Expect the trend to continue this season. Do-everything guard Darius McGhee (15.5 points, 4.4 rebounds, 2.1 assists) is back along with Kyle Rode, Keegan McDowell, and Blake Preston; all four of those players logged double figure minutes in the Flames’ NCAA Tournament loss to Oklahoma State last March. Liberty is experienced, well coached, and difficult to play against — the Flames were 347th in adjusted tempo a year ago according to KenPom.com. Those are all ingredients that should lead to again being a team that no power conference program will want to be matched up with on Selection Sunday.

Cleveland State: What can Dennis Gates do for an encore? Repeat as champions of the Horizon League, but this time it will come as a league favorite. One year removed from an incredible turnaround that saw Cleveland State go from 11-21 in Gates’ first season to the NCAA Tournament in his second, the Vikings now enter 21-22 as the team to beat in their conference. It says here that they’ll be up to the challenge. Torrey Patton (14.7 points, eight rebounds) — who led Cleveland State in both scoring and rebounding last season — is returning to use his additional year of eligibility along with fellow seniors Craig Beaudion and Algevon Eichelberger. Veterans D’Moi Hodge and Tre Gomillion also return which means that Gates will have his top five scorers back from a year ago. Florida State transfer Nathaniel Jack and Pacific transfer Broc Finstuen should add perimeter depth and shooting. This will be one of the oldest teams in college basketball.

Oral Roberts: Max Abmas flirted with the NBA, but his decision to return to school for another season means that the Golden Eagles will be appointment TV each and every time that they play. Abmas — who led Division 1 in scoring (24.5 points) last season — lost his running mate from last year’s Sweet 16 team when Kevin Obanor opted to transfer to Texas Tech, but Paul Mills has added reinforcements. Isaac McBride (Vanderbilt) and Trey Phipps (Oklahoma) are both transfers who should have immediate impacts while Kareem Thompson, Carlos Jurgens, and DeShang Weaver all averaged double figure minutes on last season’s team that was one shot away from advancing to the Elite Eight.