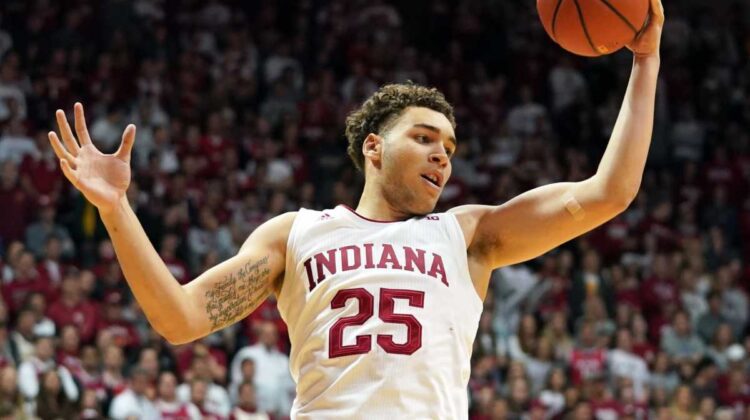 This is ONLY October!

Check out our list below of 10 Glue Guys to monitor during the 2022-23 college basketball season.

Race Thompson, Indiana: Don’t call him Trayce Jackson-Davis’ sidekick anymore. The 6-8 Thompson has blossomed — especially defensively — into one of the top utility players in the sport and had 16 games last season with at least eight points and eight rebounds. This is the guy that truly fills the mortar in between the bricks in Bloomington.

Leaky Black, North Carolina: He doesn’t get the same ink as R.J. Davis, Caleb Love, and Armando Bacot, but there’s absolutely no way that North Carolina reaches the national title game last spring without Black. The 6-8 wing scored eight points and grabbed nine rebounds in the Final Four against Duke all while holding A.J. Griffin to six points and just seven shot attempts. Black’s versatility, steadiness, and willingness to embrace his role balances all of the blue chip talent in the Tar Heels’ program.

DeAndre Williams, Memphis: How indispensable is the 6-9 Williams to the Tigers’ program? Memphis is 35-12 over the past two seasons with him in the lineup and just 7-7 when he is not.

Jaylen Clark, UCLA: Mick Cronin will start two potential All-Americans — Tyger Campbell and Jaime Jaquez — this season as well as two potential first-round picks in the 2023 NBA Draft in freshmen Amari Bailey and Adem Bona. A word to the wise: Don’t forget about Clark. The 6-5 junior is cut from the same cloth as some of Cronin’s top players while he was at Cincinnati and averaged 11.4 points and 5.6 rebounds in the nine games last season where he logged 20 minutes or more.

Caleb McConnell, Rutgers: Last season’s Big Ten Defensive Player of the Year is back for a fifth tour of duty as the Scarlet Knights take aim at a third consecutive NCAA Tournament berth. If they get there, McConnell will be a major reason why. How good of a defender is this 6-7 guard? In two games last season against Wisconsin, he held Badgers’ star Johnny Davis to a combined 11-29 from the field.

Mason Gillis, Purdue: Gillis didn’t get as much attention last season as Trevion Williams and he won’t get as much attention this season as Zach Edey. That doesn’t mean he’s not incredibly valuable to the Boilers’ entire operation. The 6-6 veteran is capable of stretching the floor (41.4 percent from three-point range) from the power forward spot or mixing things up inside. When there’s dirty work to be done for Purdue, Gillis is the one doing it.

Anton Watson, Gonzaga: Mark Few has again assembled a Murderer’s Row type of offensive cast with Drew Timme, Julian Strawther, Rasir Bolton, Hunter Sallis, Nolan Hickman, and Chattanooga transfer Malachi Smith. Now he needs someone in his rotation that can have a great impact on his team without demanding shots. That someone is Watson. The 6-8 forward averaged 7.3 points and 4.7 rebounds last season in 18.1 minutes and should play a major role for Gonzaga this season.

Nathan Mensah, San Diego State: The reigning Mountain West Conference Defensive Player of the Year is also the anchor and backbone of the Aztecs’ vaunted defense, which held 20 of San Diego State’s 32 opponents to 60 points or fewer last season. Now entering his fifth year of eligibility, the 6-10 Mensah is primed to be one of the top intangible big men in the sport in 2022-23.

Justyn Mutts, Virginia Tech: Mike Young is one of the elite offensive coaches in college basketball, but he would have had a tough time winning last season’s ACC Tournament without someone like Mutts to do the dirty work. This 6-7 forward owns 50-50 plays and often outwills the opponent by using the biggest weapon that he has — his heart.

Andre Jackson, UConn: A walking swiss army knife, the 6-6 Jackson is destined to play as many as four positions for Dan Hurley during the upcoming season. An elite defender who can initiate offense and also hold his own on the boards, Jackson is a threat to tally a triple-double each time that he takes the floor.