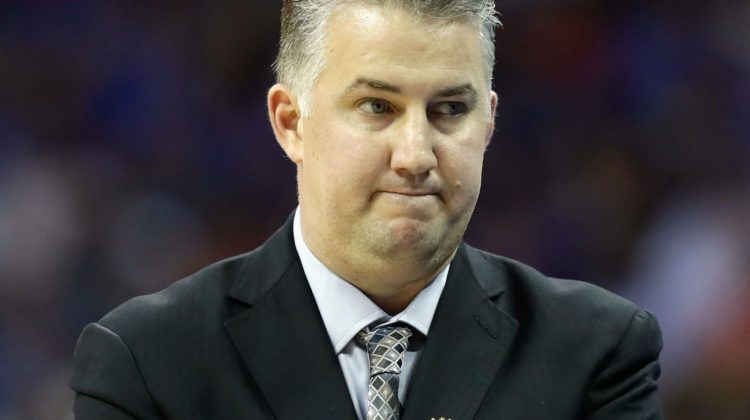 Purdue will reach the Final Four for the first time since 1980
It feels like a Final Four or bust season in West Lafayette. It says here that the Boilermakers will answer the bell. Every single player of significance returns for Matt Painter, who led Purdue to a four seed in last season’s NCAA Tournament. Purdue also adds two quality freshmen in Caleb Furst and Trey Kaufman-Renn. With Jaden Ivey, Trevion Williams, and potentially Zach Edey in position to be mentioned among the top players in the sport, this team has the depth, experience, and star power that’s needed to advance deep into the NCAA Tournament. As long as the combination of Eric Hunter Jr. and Isaiah Thompson is steady at point guard, this program’s first Final Four appearance in over four decades will be well within reach.

Kentucky will bounce back and win the SEC regular season title
John Calipari completely remade his roster during the offseason, mixing transfers and freshmen in an effort to erase last season’s 9-16 nightmare. His formula seems well positioned to work. Kentucky should be a much better shooting team thanks to the additions to Kellan Grady (Davidson), CJ Fredrick (Iowa), and five-star freshman TyTy Washington. Georgia transfer Sahvir Wheeler should also immediately stabilize the point guard spot and improves this team’s ball security. The SEC appears to be deeper than it’s been in the past few years, but significant personnel defections at Alabama, Arkansas, and LSU should play into the Wildcats favor. Kentucky will also be well positioned to begin conference play with a strong start as three of the Wildcats first four league opponents — Missouri, Vanderbilt, and Georgia — are picked towards the bottom of the league.

Memphis will reach the second weekend of the NCAA Tournament
This is the first time in Penny Hardaway’s tenure that he can truly blend elite talent with quality experience. Expect significant results. Despite no trips to the NCAA Tournament during Hardaway’s first three years at Memphis, the Tigers may be simply too deep and too talented to not emerge as a national factor. Beyond the upside of five-star freshmen Emoni Bates and Jalen Duren, Hardaway also has seasoned veterans in DeAndre Williams, Lester Quinones, Alex Lomax, and Landers Nolley. Miami transfer Earl Timberlake — a former top-50 recruit — will also have a major role. Memphis looks like a Sweet 16 caliber team.

Duke’s ceiling will hinge on Jeremy Roach
Mike Krzyzewski has won five national titles during his Hall-of-Fame career. The point guards on those teams? Bobby Hurley, Jay Williams, Jon Scheyer, and Tyus Jones. Duke may currently have one of college basketball’s most explosive frontcourts with Paolo Banchero and Mark Williams, but point guard play is ultimately going to determine this team’s ceiling. That’s where Roach comes into play. The 6-1 floor general averaged 8.7 points and 2.8 assists a year ago as a freshman while shooting just 31 percent from three-point range. Roach also totaled just 66 assists to 47 turnovers last season. The Blue Devils will need more from the most important position on the floor.

Andre Curbelo will emerge as college basketball’s top point guard
This is like a volcano that is ready to explode. In games last season where Curbelo played 30 minutes or more, he averaged 10.3 points, eight rebounds, and six assists. In the three games last season where Ayo Dosunmu was out of the lineup for Illinois due to injury, Curbelo averaged 14.7 points, 8.3 rebounds, and 4.7 assists. Buy stock now.

Myles Johnson’s defense will make him one of the college basketball’s most impactful transfers
UCLA blocked 69 shots as a team last season en route to its first Final Four appearance under Mick Cronin. Johnson blocked 68 while he was at Rutgers. That type of math isn’t difficult to decipher. The 6-10 Johnson will drastically change the Bruins on the boards and the front of the rim.

The SEC will have a minimum of seven teams in the 2022 NCAA Tournament
No league in college basketball did better via the transfer portal than the SEC. It should reap the fruits of its labor on Selection Sunday. The top nine teams in this league — Kentucky, Alabama, Arkansas, Auburn, Tennessee, LSU, Florida, Mississippi State, and Ole Miss — are all entering the season with NCAA Tournament aspirations. None of those aspirations are far fetched given their respective personnel. Another thing that should help the SEC get more teams into the 2022 NCAA Tournament? The bottom of this league doesn’t look nearly as strong as its been over the past few years. This should help the top of the conference push out from the rest and earn more representation for the SEC on Selection Sunday.

St. John’s will win an NCAA Tournament game for the first time since 2000
There’s no time like the present in Jamaica. St. John’s has a potential All-American in Julian Champagnie and an All-Big East point guard in sophomore Posh Alexander. Together, they give the Red Storm two of the top six or seven players in the Big East. That equates to a team that is built to advance in the NCAA Tournament. St. John’s 21-year drought without winning an NCAA Tournament game is the the longest drought among current Big East teams. Barring something unforeseen, this program should be in position to change that in March of 2022.

Northwestern will reach the NCAA Tournament for the second time in program history
The door is open for teams at the bottom of the Big Ten to make a jump into the middle of the league standings. Northwestern is primed to take advantage. Chris Collins returns six juniors and seniors — Boo Buie, Chase Audidge, Ryan Greer, Robbie Beran, Pete Nance, and Ryan Young — who were a part of last year’s team that started Big Ten play 3-0 with wins over Michigan State, Ohio State, and Indiana. Buie, Audidge, and Nance are all All-Big Ten caliber players. Can Collins lead this program to the NCAA Tournament for the second time? Yes. Northwestern is ready to party like it’s 2017.

The Atlantic 10 will have no more than two teams in the 2022 NCAA Tournament
Murphy’s Law has hit this conference with season-ending injuries to Saint Louis’ Javonte Perkins and VCU’s Jamir Watkins and Jarren McAllister. The Atlantic 10 simply can’t absorb hits of that magnitude to two programs who were picked in the top four of the league’s preseason poll. This conference has been trending towards eventually becoming a one-bid league, but a loaded team at St. Bonaventure and an extremely experienced squad at Richmond should find a way into the bracket on Selection Sunday. Anything beyond that would be a massive surprise.