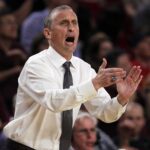 Arizona State and SMU will begin a home-and-home series next season in Dallas, a source told College Hoops Today. This series was initially slated for the 20-21 season, but was never played due to COVID. There will be a return game in Tempe during the 24-25 season.Arizona State is entering its seventh season under Bobby Hurley. SMU is entering its first season under … END_OF_DOCUMENT_TOKEN_TO_BE_REPLACED 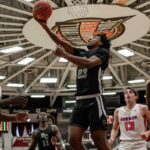 UConn transfer Corey Floyd Jr. has committed to Providence, he told College Hoops Today on Sunday. A 6-3 guard, Floyd is a former Top-100 recruit who redshirted last season with the Huskies before opting to enter the transfer portal. "Coach Ed Cooley was the first person to call me once I entered the transfer portal," Floyd told College Hoops Today. "They recruited me … END_OF_DOCUMENT_TOKEN_TO_BE_REPLACED Kansas State transfer Nijel Pack has committed to Miami, he told College Hoops Today on Saturday.The 6-foot guard was widely viewed as one of the top transfers on the market and averaged 17.4 points and 3.8 rebounds last season. Pack also shot 40 percent or better from three-point range during each of the first two years of his college career. "Coach Jim Larranaga is a great … END_OF_DOCUMENT_TOKEN_TO_BE_REPLACED 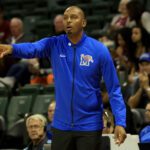 Memphis and Texas A&M will start a home-and-home series next season at FedExForum, a source told College Hoops Today. There will be a return game in College Station during the 23-24 season. Official dates and tip off times are TBD. Texas A&M finished 27-13 last season and lost in the finals of the Postseason NIT. The Aggies are currently ranked 20th in the … END_OF_DOCUMENT_TOKEN_TO_BE_REPLACED